Thanks for joining me! Here is some reading from my blog to bring you up to speed 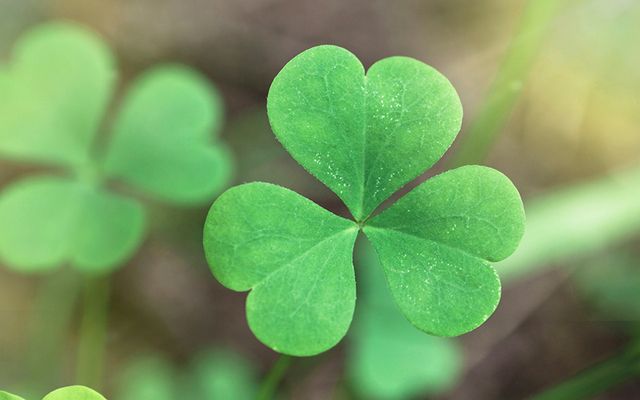 Happy St Patrick’s day weekend to you all.

The one day or weekend of the year that everyone remembers Ireland and many wish to be Irish and even the Irish themselves get with the traditions.

What is it like to be Irish? What does Irish mean to anyone? Times have certainly changed from the days of just a bunch of Irish celebrating our patron Saint and having a visit to a parade and waving our little shamrock on a stick or little flag.

Being Irish has its benefits of being a valued member of the world and the Irish passport does get you in to countries and makes you very welcome around the world. Why wouldn’t it? A massive piece of being Irish means welcoming others. An expression is cead mile failte romhat (caid mila fall~Che wrote) meaning a hundred thousand welcomes to you.

So yes our welcoming has always been a huge piece of who we are as people and made us welcome in the world.

We are patriotic and our patron Saint has always been St Patrick. This would be why so many around the world could refer to us Irish as paddies or paddys and as some of my friends recently posted around Facebook it is definitely not Patty 😅

Once upon a time being Irish meant we were just the inhabitants of Ireland and we all pretty much received the same education and similar goals of working hard and raising a family. These would be things that have a long standing in our history and for these reasons we ventured out in the world looking for more work.

You can check our history in your own country and you will see the Irish have been there for a long time too, building cities and houses and neighbourhoods more than likely. We sent the money home when we could like all migrant workers to make it better for the ones back home.

All weekend the Irish music will be heard and on Patrick’s weekend even the Irish will pause more and listen to a bit of diddly eye music as some of us refer to it as. Drinking will take place in large amounts and the drink, oh yes the drink. A tradition and major piece of the Irish culture has always been the alcohol. There are many who do not drink of course, myself being one of those who has very rarely dabbled through adult life. The drinking though can get out of hand and it can be interpreted around the world that to be Irish and act Irish on St Patrick’s day is to be as drunk as you can so you can get the full feeling of being Irish. Trust me it is not a requirement.

As our nation is a very old country in terms of history and traditions, it has been heavily influenced by religion and the teachings of Christianity. This would be where all this Saint stuff comes from and talk of how St Patrick wanted to spread the teachings of Christianity around the land of Ireland to the people. It is said he used the shamrock to explain what the Holy trinity was and used the three leaves as the metaphor. The shamrock became a national symbol of ours and an Irish emblem which is used widely to just represent us in the world separate to our country’s flag. On Saint Patrick’s day many Irish will wear shamrock on their collar or lapel and go to church and have the shamrock blessed.

Many others will say they are not only going to have their shamrock blessed with holy water but more importantly they are intending to have it drowned. This would mean getting shit faced drunk to mark the occasion. As they say in Ireland “any excuse for a piss up” which means a good session of alcohol consumption BTW.

There are never excuses needed for many Irish to spend all day in the bar and drinking pints of Guinness one after another. So some how in the middle of the religious calendar of lent, St Patrick’s day occurs. What is lent. Lent is another Christianity thing to mark when jesus went 40 days and 40 nights without food and water in the desert, so lent comes along each year and many Irish give something up to show abstinence just like jesus did. Many give up drinking alcohol for these 40 days. But yup you guessed it, on St Patrick’s day, it some how funnily is the day that everyone is allowed to take a break from lent and get shit faced drunk if they want and there ar no sin committed in “breaking lent”. Isn’t that a good laugh

What does being Irish mean to you and what traditions do you still carry on? Your comments below truly invited.

How it has changed though as Ireland has grown out of poverty of the days of old and has become a country where people seek refuge in now and migrate to for their own building of a better life. Our history has been that we emigrated around the world and worried for our poorer family and friends back home in Ireland. Nowadays people are coming here as Ireland has grown and become a more stable and wealthy country ( all thanks to the European Union)

But that’s too political and let’s leave it alone. The fact still remains that Ireland has grown to be a country doing okay for itself.

With a multicultural society now and for the first time in its history St Patrick’s day may be a little bit more diluted and not in the sense of alcohol drowning either. Just a holiday weekend in the depths of a harsh cold spring time. A day off work for many and a little chance to relax. Waving the flags may be less though many will wear a little green clothing to mark the day. Who has time for the pub and the session. These are becoming less and less too as work is too important and paying bills and keeping up, it is a different place in 2019.

Looking back the older generations probably had it better and though lack of monies and less world knowledge they did not need for much and were very content to sit back and just be Irish. The global connectivity has its effects on us all and though many around the world will mark St Patrick’s day with a look to how Irish are they and remembering their roots, to feel a little more IRISH on the 17th of March. Some of the Irish will be just living away their life and feeling less Irish than they ever before.

Funny what global connections can do to people.

I for one am a proud Irish man and this is part of our being and our soul. Ireland first, irsihness first and then everything else is welcome.

Some of our political positions have moved very far from the roots of being Irish and have flipped the script on what cead mile failte actually means. But that’s political so we leave it alone in writing.

Have a nice day where ever you are remembering the beauty of Ireland. The shamrock and everything green.

And here are a few little Irish word for you. The gaelic language.

Ta athas orm. (taw awhas orm) I have Happy. Or more simply, I am happy.

Ta ocras orm. (taw uck~ras orm) I have hunger. Or more simply, I am hungry.