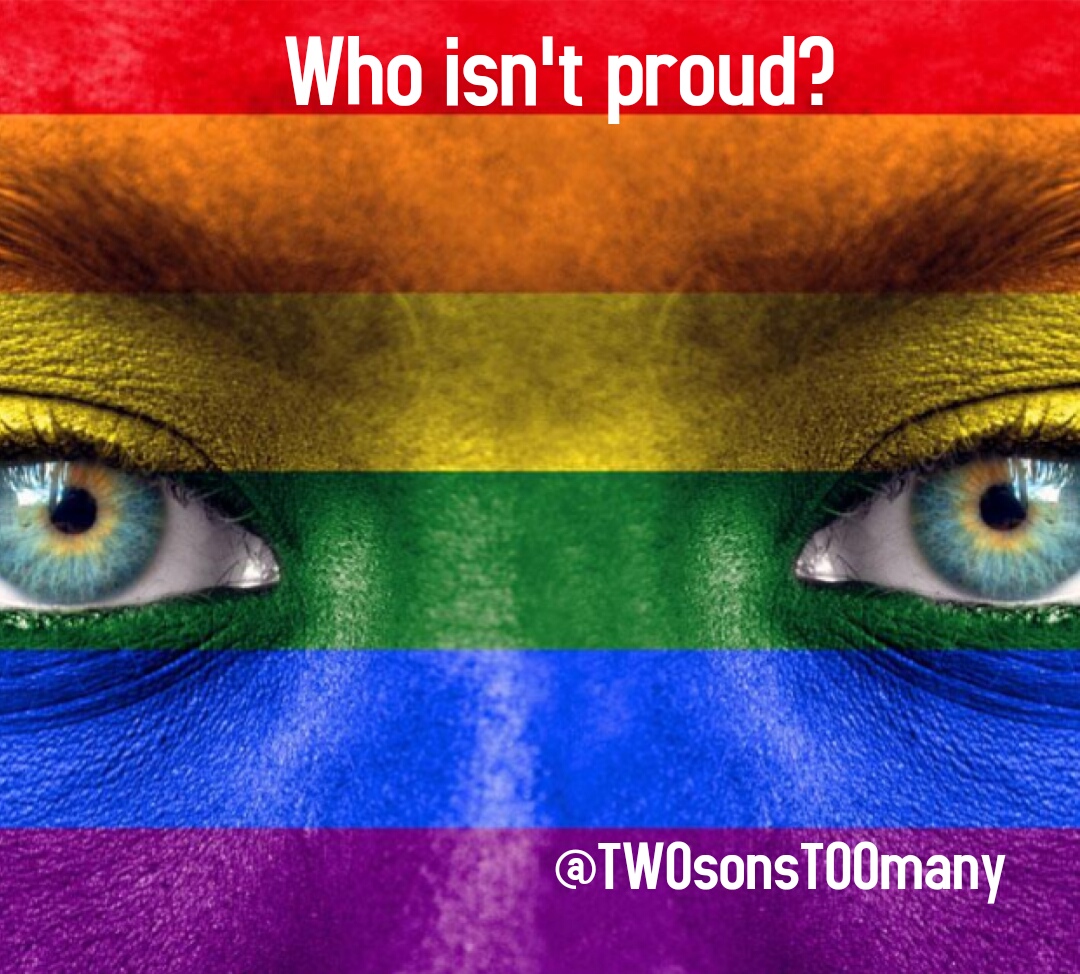 June comes to an end, pride parades are cancelled. Who isn’t proud though?

So the question is in the title, who isn’t proud of themselves?
I understand we are coming to the end of pride month and that corona has put a stop to a lot of parades and the likes.
The looting and riots definitely took center stage over any gay pride festivals.
So who is NOT proud?

I read many of the posts all over the Internet about “BLM”. I have seen a lot of footage of corona virus related lock_down & opening up posts and actions of different countries governments.
I have also seen a few, not a lot of gay pride mentions for pride month.
I am considered to be a heterosexual male. I am not a homosexual and so have no direct interest or concern about pride day, week or month.

My question about who is not proud is really for all of any sexual orientation. As an Irish man, we have always used the pride and proud words. There have been times in my own life when I have listened to an Irish ballad and they sing the words “be a proud Irish man”, this is something that could make the hairs on the back of your neck stand up. We Irish people have always been very proud of our country.
Proud Irish people.
So for real though, who is not proud? I know us Irish cannot be different from any other country or nationality. How many times have you turned on the TV to CNN or FOX, CBS even. The very proud Americans and the extremely proud Americans who are trump supporters. Funny thing, how come all of the trump supporters seem to be the only ones who think they are the proud ones? Almost as if, if you are not a trump supporter then you could not be a proud American.
Maybe perhaps “pride” changes depending on your political views, your nationality or your sexual orientation. (I was so tempted to write deviance there instead of orientation lol). I did not write deviance as that would suggest I am only writing to the gay community. Orientation can be your view point or acceptance of the subject rather than a way in which you have deviated in your sexual preferences. Deviated from the so called norm, so to speak.

Who is not proud?

I like to believe in a world where everybody is proud of themselves. Their families and their country. I guess I have always believed that we all should be proud of our own society.
Come to think of it, I have a list of things in my own story that I may or may not be proud of. That is for another day though.
I believe that any gay person who has to declare how proud they are of being gay is something to be admired. I suppose that here in my own country that our own day of celebration of pride is St Patrick’s day both here in Ireland and around the world. We celebrate it with a parade also. So what is wrong with that?
This year due to corona virus outbreak, St Patrick’s day celebrations and parades were cancelled. We fell by the wayside due to corona as has the pride parades.

I guess it boils down to individuals and your opinion really. My opinion is that every human has and rightly deserves to be proud of themselves for even the smallest of things in life.
Their heritage, their skin colour or their sexual orientation.
People are people.
Can we not let every person BE?

I am neither left or right wing. I believe in people. I believe in society and I believe in life.
Your choices beyond that are fully supported by me providing they do not hurt any other person along the way.
This cannot determine me a leftest or a righty, right?

I believe each and every person has the full deserved privilege to be proud of themselves and not only a minority group.
I am interested to hear your opinion on the matter.
Can you comment below please.
In another effort to reach you further, please do check out any of my books and get to know where I am coming from. Links to books are on my website.

Wherever you find this post around the Internet, please do share or retweet it. (so we can gather more discussion on the issue)

I look forward to hearing from you and your opinion. To debate each other, I may not have the energy for that. Though it would be good to hear a broader picture of where or what you are proud of.