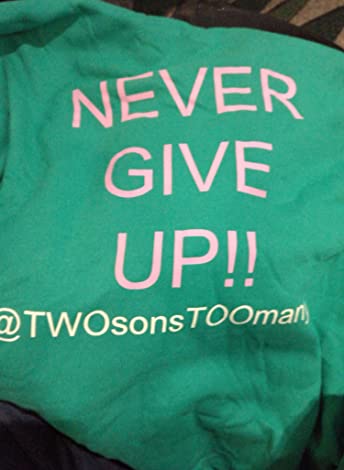 We all have some sort of patriotism inside of us.
Such national pride can be something we feel at it’s best at times when we are involved in a group activity of sorts. A celebration of our national holidays among friends. We may have a bar~b~q with friends and within the group setting we might feel good about how patriotic we are as we celebrate a “national holiday”.
Usually the sense of national pride is an individual thing, something we feel inside of our lungs and in the blood flowing through our own veins.
What is this “national pride” stuff anyway?

We can have a big national pride inside of us yet we do nothing for our country?
Of course there are many who do something everyday that can be considered very patriotic. The obvious ones are obvious.
To all of those of you who wear the flag of your country on your bodies in the form of tattoo.
Others fly the flag on their home, in the garden or on the porch.
What is this proud feeling?

We can look to the states and see the difference of opinion, usually played out in the political arena.
States that are either, red or blue.

One radio personality used to refer to the mixing of politics within people as
“the demicans or the republicrats”. Dr. Michael Savage was that man’s name. He believed and has written the book on the subject, “liberalism is a mental disorder”.
The reference to democrats being half republican and republicans being half democrats. Confused really as to their politics.
In the states you are either one or the other and that is that.
What about all of the people who are proud to be American though?
The split in political opinions can tend to blur how people see.
Both sides can be patriotic though.
Being patriotic is not an automatic solution to the difference that exists in their politics though.
Strange that isn’t it?

I would imagine that if all the people of a country carry with them daily, a sense of national pride and the feeling of being a proud member of their society and most importantly a patriotic pride in their country, how on earth could political differences exist?
How can two opposing political party’s despise each other politically and then at the same time both individually call themselves “proud” or “patriotic” ?
Shouldn’t patriotism begin with being proud of your fellow “patriot”?

The current world pandemic has many people up in arms with a blame game of sorts.
We, myself included wish to look and scrutinize the handling of the pandemic by our respective governments. I find many issues with how my own government has handled the situation. I am quite disgusted at how my own government have acted outside of the guidelines of the constitution and may very well have broken rules and laws that are clearly defined in our constitution. These issues are for a much longer post, for another day perhaps.

The point I wish to raise with you today under the title of Wednesday ~ Wisdom and national pride.
~What is it that you are doing to assist
your country in the slowing and bringing
to a halt, this corona virus?

As a patriot, what are you doing to satisfy the PRIDE of your own nation and the pride at which you carry with yourself daily?

One simple concept that perhaps could win out over all of the political indifference.
A simple position that can be taken by all individuals as patriots

FIGHT THE VIRUS TOGETHER

Do for your country as a matter of national patriotic pride.

Remain indoors just a little longer. Please do not take chances with the virus and your fellow country men and women. Do it as a practice, do it as a way to show a full demonstration of national pride in your country.

Wisdom says,
A sense of National Pride will help us all win outright for our nations.
Any other kind of behaviors or acts would be that which go against your own nation.

Rolling the dice with this deadly virus appears to be a foolish approach and the wise choice is always to operate on the side of caution and not take any chances.
This is why we have endured “lock down” and such ridiculous nonsense thus far.

We will walk tall again in our respective countries and we will know that we do not just say we are proud of our country, we will speak it knowing how we took decisive action to bring about an end to the virus within our own country that we are so proud to call home.

In Ireland, this weekend marks the beginning of a summer type of bank holiday weekend. Our country is currently operating under the recommended guidelines of our national health department. These guidelines suggest that we all remain on restrictive movement and under a light weight “lock down”. The corona virus situation may very well be, beginning to turn the corner and our cases and deaths and infected people may all begin to see some drops in the numbers.
This weekend for us as a nation marks a very significant weekend in beating this virus.
It is our time as a nation to show how proud we are as individuals. How a collective pride in our heritage and everything about our nation as a people of the world and as a people who are a race of people in the entire world.
We can show our national pride and we can beat this corona virus.

Let us carry our national pride PROUDLY through our bank holiday weekend.

Are we WISE on a Wednesday?